Crystal Palace FC has terminated its sponsorship agreement with online gaming company W88mobi. Instead, the Premier League club has reached an agreement with the used car marketplace cinch ahead of the 2022/23 season. The conclusion comes as the UK management considers changing strategy businesses from promoting Premier League jerseys.

Crystal Palace has replaced a relationship with online gaming business W88 with an agreement with an online auto dealership cinch. The Premier League team is the most recent in a rising list of clubs to reassess their ties to the gaming business.

Crystal Palace initially collaborated with W88 for front-of-shirt sponsorship ahead of the 2020/21 season. The online gaming company’s emblem was included on the club’s adult jerseys for professional players and spectators as part of the agreement. Crystal Palace welcomed its new major partner and jersey sponsor into a two-year contract, replacing a previous agreement with ManBetX.

At the time, fans were perplexed about what W88 was and why it was supporting “the Eagles,” as the team is known. W88mobi is an Asian gaming company headquartered in the Philippines. It serves markets in Australia, Canada, Malta, Slovakia, and Beijing with online gaming.

In the United Kingdom, W88 Mobile operates under partnership with Midnight Gaming Limited, which possesses gaming licenses. Because its primary customers are in Asia, it has shown little desire to expand its offers. Despite its modest presence in the UK gaming sector, the operator was eager to have its name prominently displayed during the Premier League.

The Premier League is the most watched sports league in the world, with 643 million households in 212 countries receiving coverage. The English football league system’s highest flight has a potential viewership of 4.7 billion people. It is also Asia’s most widely distributed sports program.

After two years with W88 Mobile, Crystal Palace has revealed that its jerseys for the next season would have the symbol of a new sponsor. Cinch is a profitable online marketplace where people can purchase and sell old automobiles. Its website is the fastest-growing online vehicle marketplace in the United Kingdom.

Under the multi-year agreement, cinch will be the official front-of-shirt sponsor for both Crystal Palace’s men’s and women’s teams. It will also become the club’s official training clothing partner, succeeding AstroPay as its online payment option. Cinch will gain brand visibility on Crystal Palace’s web channels, supporter shirts, Academy teams, and at Selhurst Park.

Avril Palmer-Baunack, Chairman of Constellation Automotive Group, which owns cinch, was also delighted to learn of the new collaboration. She described cinch as an ambitious brand and stated that the partnership would help it expand in the UK automobile industry. The size of the club’s new agreement with Cinch has not been disclosed, although former sponsor W88 is said to have paid Crystal Palace in the region of £6.5 million each season. 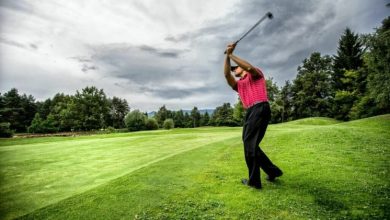 How To Quickly Improve Your Swings With A Golf Simulator 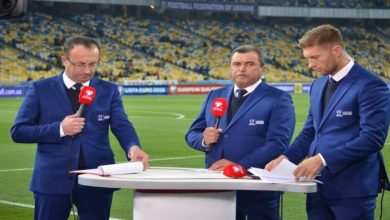 How To Learn Sports Broadcasting