The market is flooded with possibilities, making it challenging to choose the best online or mobile development framework. It is not for lack of good options; rather, it is for lack of options rather than a lack of good options. It has been a long time since the Django vs. Laravel argument began. The foundations of these two frameworks are solid. All of the features and functions are covered.

Using frameworks is a logical strategy for creating interactive and feature-rich applications. For startups and SMEs, selecting the ideal backend framework can be challenging. To establish all the original concepts, these backend platforms are used. Concerns about stability, spending, and effectiveness in development are all present.

Having someone with experience in the industry you wish to work in a while developing feature-rich applications is crucial. In light of this, you should hire Dedicated developers if you want to construct a feature-rich, lightweight application on a low budget. Due to the fact that Laravel is a server-side framework, you may create full-stack apps, web portals, full-stack apps, full-stack apps with customized backend logic, and SaaS management tools. If these are things that you want to use in your project, it is recommended to hire Laravel developers.

Let’s take a look at the overview of both and then dive into the difference between the backend development framework.

This section will provide you with an overview of what exactly is Django and Laravel.

To create intricate websites and online apps, developers use the open-source Django framework based on Python. The framework is renowned for its compact functionality for development and testing reasons and adheres to the Model-View-Whatever (MVW) and Model-View-Template (MVT) architectural patterns.

Many well-known companies, including Pinterest, Bitbucket, Instagram, Mozilla, and more, employ this framework, released in 2005 by the Django Software Foundation. Django was licensed under a three-clause BSD (Berkeley Software Distribution) license.

The Django framework’s primary focus is to improve and boost the development of feature-rich websites and apps. This makes Django ideal for startups, which also explains why they strongly need Django web development companies.

The year 2011 saw the release of Tayler Otwell’s Laravel framework. According to development communities, the framework has become one of the most widely used web development frameworks during the past ten years. Developed for creating content management systems, Laravel adheres to the Model-View-Control architectural paradigm. Additionally, the built-in capabilities of Laravel enable businesses to provide quick Laravel development services by making the job of a developer much simpler and streamlining the difficult process of building an app from scratch.

Django vs. Laravel: Pros and Cons

This section will give you insights into the advantages and disadvantages of using Django and Laravel.

The performance of a software program is one of the most critical elements to consider when developing it. Users expect the applications to be performing fast as no one has the time and patience to deal with slow-responding sites and applications.

The main thing that impacts the performance is the tool that you’re using. Some elements that affect the performance include hardware resources, storage space, memory, and more. With that, let’s move towards Django and Laravel.

Django is a Python-based framework; it offers high performance & exceptional speed. As it has faster code compilation & execution, it offers developers the speed in web development. Though, you can experience some disturbance in speed while JSON string serializing/deserializing.

Laravel has a number of built-in functionalities. Although this is a wonderful thing, it can cause the framework to slow down. As a result, developers are pushed to identify strategies to maximize development speed. Despite the fact that Laravel’s efficiency and speed have improved since the release of PHP 7,

It is critical to examine application architecture, which should enable you to create your application depending on business requirements. Model, View, and Template (MVT) design pattern is used here. Django’s application development follows the MVT design.

Instead of employing components as in MVC, the template file in MVT includes Django Template language and HTML, allowing for dynamic site-building. As a result, it provides greater convenience for handling various scenarios where each user has a tailored feed, such as social feeds. As a result, Django is superior for rapid development.

Laravel, on the other hand, employs MVC, except that it uses a “controller” rather than a “template.” MVC is a design pattern that consists of three components — model, view, and controller — to manage different aspects of the web application development process. In this case, the controller acts as a bridge between the view and model components, processing incoming calls and business logic, manipulating data, and rendering the output.

To ensure an effective development process, MVC design allows you to separate developer roles intelligently. Frontend frameworks can focus on views, while backend developers focus on controller functionality. It gives you complete control over the application, allowing you to set routes and customize its appearance. Furthermore, it aids in the optimization of your app’s SEO and facilitates the reuse of app logic.

Almost anything on the internet is vulnerable to malicious attacks and the exploitation of security flaws such as Session hijacking, cross-site scripting, cross-site request forgery (CSRF), and others. Django is more secure and assists developers in avoiding common web development blunders, and has best security practices.

Laravel, on the other hand, takes care of the fundamentals of security. It falls well short of the security level provided by the Django platform. This is one of the reasons why many reputable organizations, including Reddit, Nasa, and Pinterest, rely on Django for website development.

Frameworks have a wide range of learning curves. Because Django is a Python-based framework, learning it is simple if you are familiar with Python syntax. The framework instantly puts beginners at ease due to improved code readability.

In contrast, the learning curve for Laravel is severe. It’s the most user-friendly framework for mastering modern PHP development with Eloquent ORM, REST, database migrations, templating, and more. There are also a lot of instructional resources and manuals.

Both Django and Laravel have robust and active community support. On Github, both have a huge amount of commits and contributors regularly. So if you’re stuck somewhere while using these frameworks, plenty of people can help you.

Both Laravel and Django offer advantages and disadvantages, but it all comes down to your business requirements. You can construct a successful website or app using either framework. If you’re unsure which one is best for you, we recommend comparing them depending on whatever features or components are important to your business. 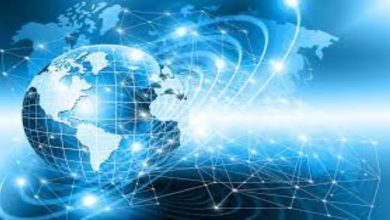 Resources for Learning: The Case and the Collaborative Work Platform 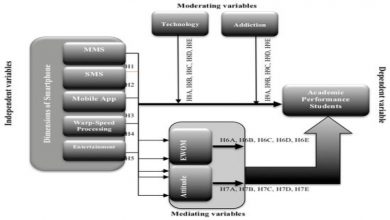 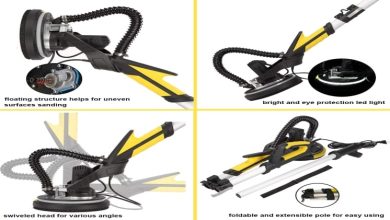 The Benefits of Electric Sanders